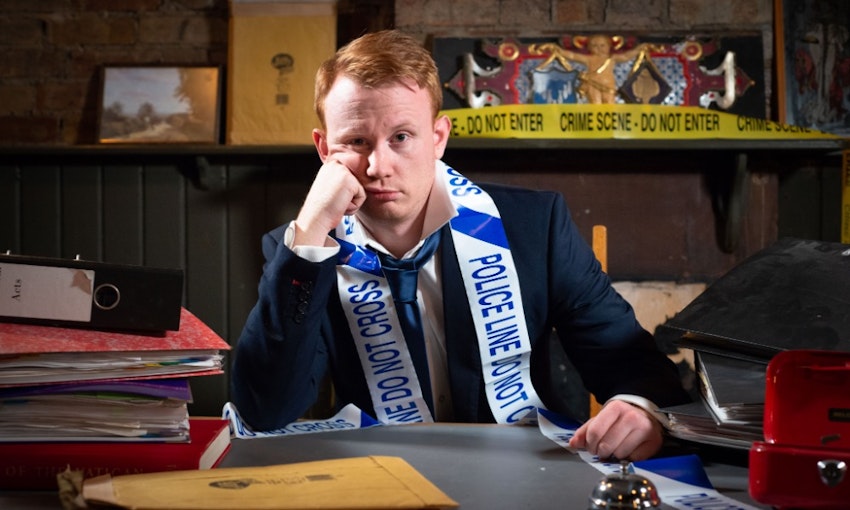 Solo comedy heist thriller from newcomer, Ben Goldsmith. Policeman Steve has one last day on the job to foil a criminal genius and become a legend of the force. Will it all go to plan?

Ben Goldsmith regularly performs comedy in London, and co-hosted the variety show Goldsmith and East, at the Edinburgh Fringe this year; where he also performed with Film Club Improv. Ben also co-hosts a regular improv night in Camden, and performs in the award-winning team VHS.

Add to My Calendar

★ Audience Award:
Vote for this show

Born and raised in tropical Finland, Rebecka Vilhonen has a better understanding of feral animals...

Award-winning comedian Isa Bonachera is back in Prague to delight audiences and disappoint her...

The Emotional Universe of a Melodramatic Woman

Forget the books and movies! The adventure has only just begun... Join Harry’s fabulously queer...

Edinburgh on the Vltava. 21 years of English language theatre in Prague